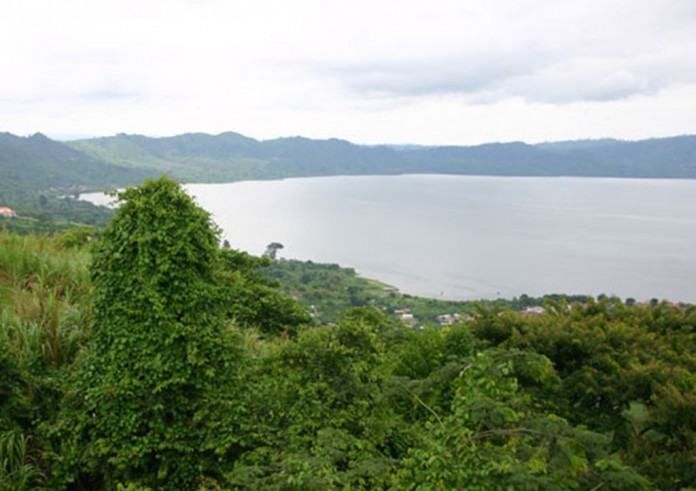 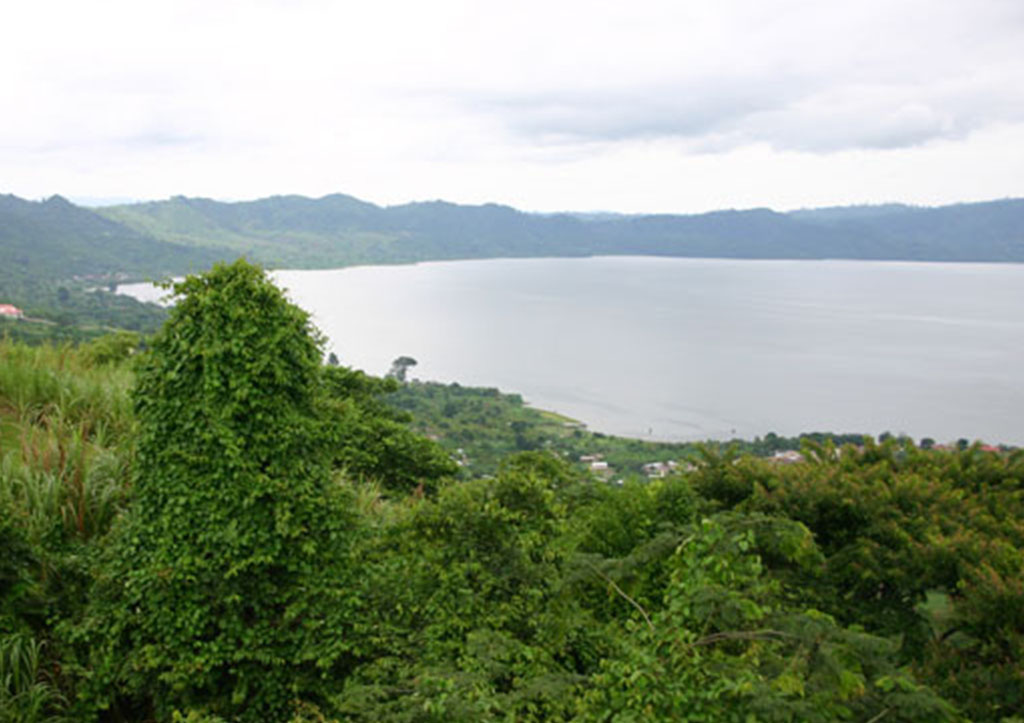 Lake Bosumtwi also sometimes spelled Bosomtwe, is a lake formed by an ancient meteorite strike in the Ashanti Region. The name means Antelope God because it is said to be discovered by a hunter chasing an antelope that disappeared into the lake like it was trying to save the animal. The lake is seen as very sacred place to the Ashanti people who live in the area. The lake is about a half an hour drive from Kumasi. The shore is dotted with villages and it is believed the population in the area is close to 70,000 people.

There is a paved road that gives access to the lake from the direction of Kumasi, it rises in elevation over the rim around the lake and down into the lake ending at the first village Abono. There is a small fee to be paid at a road block at the rim of the hills around the lake this helps to support the communities in the area with people coming to enjoy the views and recreation. It is possible to take boat rides on the lake, swim, and hike around. The various communities around the lake are very welcoming and it makes for interesting hiking around the lake shore. There are also some great hikes up into the hills, and the sacred areas around villages.

It is seen as taboo to use a regular dugout canoe or for metal or iron to touch the lake surface (i.e. modern boats, even though there are a couple that traverse the lake), because of this a very different type of boat is used by the fisherman in the lake, it is a large plank of wood that they sit on top of and use their hands, or plates in their hands to propel themselves.