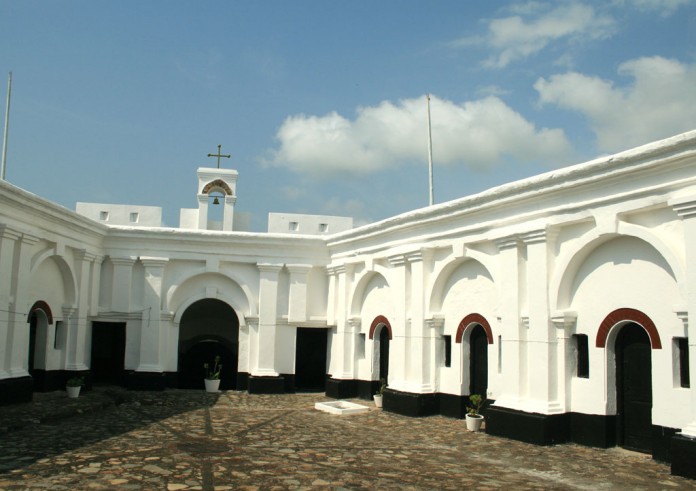 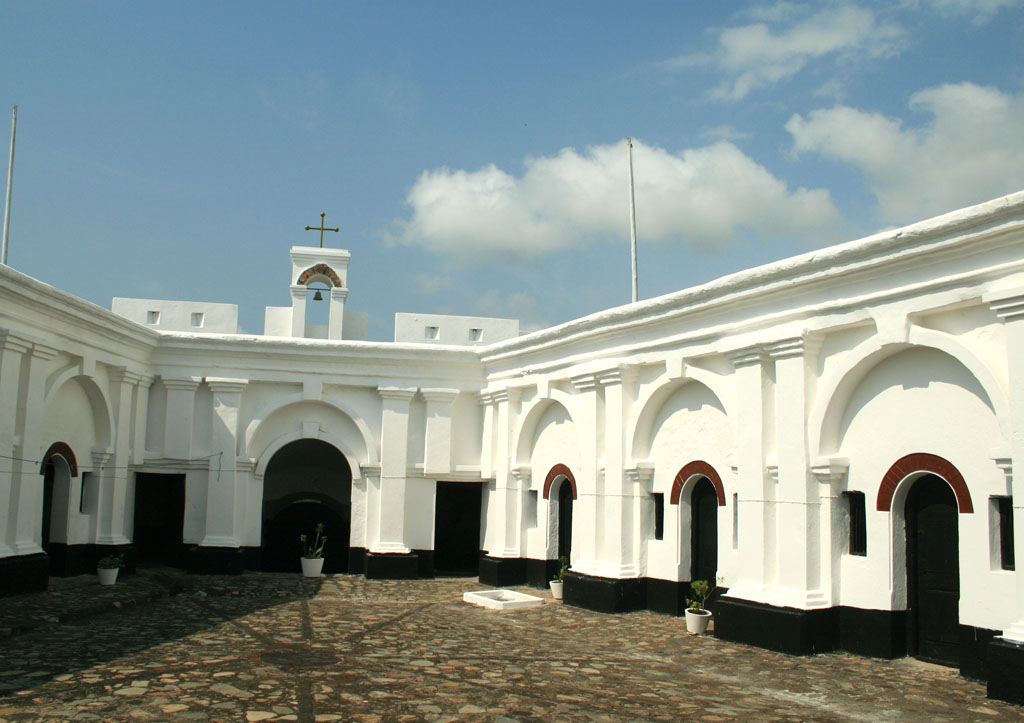 The British colonial fortification, Fort Metal Cross (originally Dixcove Fort) is located on a promontory near the fishing village of Infuma, in Dixcove (Dick’s Cove) in the Western Region of Ghana. The cove’s quiet waters are suitable for small boats and canoes; large ships anchor approximately 2 kilometres offshore.

For the British, the motive for commencing construction of Dixcove Fort in 1692 was identical to that of the Dutch in building Fort Batentstein – to tap into the promise of gold in the hinterland; and also to win back the many English captains trading at the Brandenburgers’ (Germans’) Fort Gross Friedrichsburg in nearby Princestown. However, the people of Infuma, loyal to two chiefs whose allegiances swayed between the British and Dutch, besieged the fort several times, on behalf of the Dutch, stalling its completion. By 1750, the fort was equipped to carry up to 25 canons.

The promise of gold never materialised, as the gold that was mined was largely impure gold. Hence, the fort earned the title of ‘the fake mint of the Gold Coast’ by author Bosman. Like Fort Batentstein, Fort Metal Cross became a service-station for the repair of ships and the supply of timber from the surrounding forest; and during the slave trade, it became a slave prison.

The 1867 fort exchange agreement between the British and Dutch resulted in Dutch ownership of the fort in 1868. The Dutch had to call for military reinforcement to restore calm in their new areas of control, as the local populace was infuriated by the swap, especially since they had not been consulted. The name of the fort was altered to ‘Metalen Kruis’ (Metal Cross), after one of the Dutch gun-boats which brought the reinforcement.

However, the immense cost of control persuaded the Dutch to sell their forts to the British. Hence, in 1872 the fort reverted to the British, who renamed it Fort Metal Cross