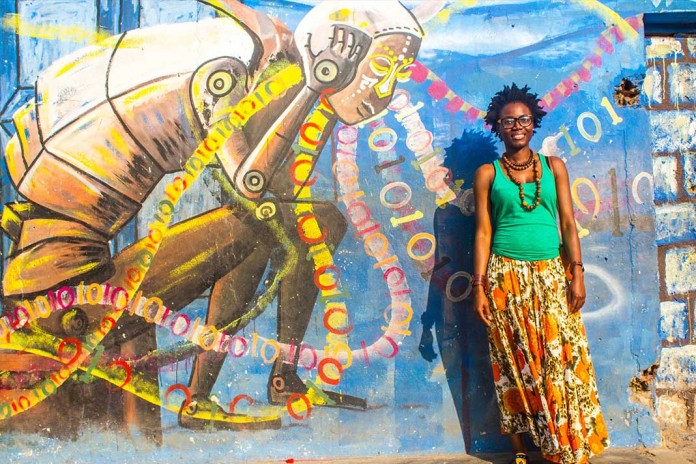 The Chale Wote Street Art Festival also known as Chale Wote is an alternative platform that brings art, music, dance and performance out into the streets. The festival targets exchanges between scores of local and international artists and patrons by creating and appreciating art together.

Since 2011, CHALE WOTE has included street painting, graffiti murals, photography, theater, spoken word, interactive art installations, live street performances, extreme sports, film shows, a fashion parade, a music block party, recyclable design workshops and much more. It is the first to be organized in Accra, Ghana and has inspired similar events across the country. There have been four editions so far; the first two ran for one day each, while the 2013 and 2014 edition ran concurrently for two days, the former in September and the latter in August, a week after the Homowo festival of the Ga people at the historical Jamestown, Ghana on the High Street in Accra. The event is produced by Accra [dot] Alt Radio, with support from other local cultural networks like Attukwei Art Foundation, Foundation for Contemporary Art Ghana, Dr. Monk, Redd Kat Pictures and the Institut français in Ghana.